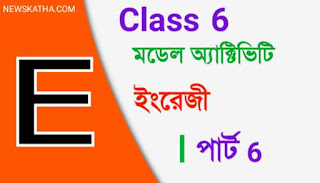 ACTIVITY 1
Read the following passage and answer the questions that follow:

One Thousand and One Nights' is a collection of the Middle Eastern folk tales compiled in Arabic during the Islamic Golden Age. It is often known in English as The Arabian Nights. The work was collected over many centuries by various authors, translators and scholars across West, Central and South Asia and North Africa. The bulk of the text is in prose, although verse is occasionally used for songs and riddles and to express serious emotion. Some of the stories commonly associated with The Arabian Nights', in particular, 'Aladdin's Won derful Lamp". "Alibaba and the Forty Thieves' and The Seven Voyages of Sindbad the Sailor were not part of The Arabian Nights' in its original Arabic version. These stories were added to the collection by Antoine Galland and other European translators.

A. Complete the following sentences with information from the text:

Ans - songs and riddles and to express serious emotion.

(i) When was The Arabian Nights' composed?

Ans - 'The Arabian Nights' was composed during the Islamic Golden Age.

(ii) In which language was it originally written?

Ans - It was originally written in Arabic language.

(iii) How did the English translation of The Arabian Nights differ from the original version?

Ans - Some of the stories commonly associated with The Arabian Nights', in particular, 'Aladdin's Wonderful Lamp', 'Alibaba and the Forty Thieves' and 'The Seven Voyages of Sindbad the Sailor' were not part of "The Arabian Nights' in its original Arabic version. That's why the English translation of 'The Arabian Nights' differed from the original version

(i) Hurray! We have won the match.

Ans - Optative sentence
ACTIVITY 3
Add Prefixes to the words given below and make opposites:

ACTIVITY 4
Develop the following outline into a story. Add a suitable title and a moral to your story:

A stag was once drinking water at a pool. He saw his own reflection in its clear water. He admired his beautiful horns, but he did not like his lean, thin legs. Suddenly he saw a pack of wolves running towards him. He ran into the jungle to save himself. His legs soon carried him far from the wolves. But his horns were caught fast in a bush. Despite his best efforts, he could not free himself. Before long, the wolves caught hold of him. Now he felt that his ugly legs were of great help to him, but his beautiful horns were the cause of his death. Moral:- All that glitters is not gold